Virginia GOP state Sen. Amanda Chase used a Tuesday radio interview to baselessly claim that Democrats are trying to “steal” the state’s looming gubernatorial election, the first major race to occur in the wake of President Donald Trump’s continued lies that the 2020 presidential contest was stolen from him.

“I know how they’re stealing elections, and we’re not gonna let that happen this year,” Chase said of Democrats during a Tuesday interview, before launching into a series of absurd claims about next month’s election. The interview was conducted by John Fredericks, a conservative radio host whose show Trump used last month to claim Democrats would try to steal the election.

Chase, who attended the Jan. 6 rally during which Trump called on his supporters to “stop the steal” before the insurrection at the U.S. Capitol, has spent recent weeks campaigning for Republican gubernatorial candidate Glenn Youngkin.

Youngkin has flirted with Trump’s election-related conspiracies throughout the race without explicitly endorsing them, as he attempts to appeal to moderate voters without alienating Trump devotees who have bought into the lies the party has told about the 2020 election. But Chase’s comments, and her increasingly prominent role in the late stages of the race, suggest parts of the GOP have decided to stake the contest largely on the ability of election-related conspiracies to motivate conservative voters.

During the interview, Chase said she had “cleared her schedule” and planned to spend the last 10 days of the campaign stumping with and for Youngkin ahead of the Nov. 2 election. She is also scheduled to appear at a Wednesday event alongside the GOP’s lieutenant governor candidate, Winsome Sears, and former Trump confidant Steve Bannon, who has also spread the lie that the 2020 election was stolen.

During election debates, Youngkin has said he believes the 2020 election was “certifiably fair” and that he expects to “have a clean, fair election” in Virginia this year. Youngkin campaign spokesperson Macaulay Porter argued that former Gov. Terry McAuliffe, Youngkin’s Democratic opponent, “is the only candidate in this race who has falsely claimed an election was stolen,” pointing to McAuliffe’s previous claims that the 2000 presidential election had been stolen from Al Gore.

But Porter offered no direct comment on the substance of Chase’s statements, and did not dispute Chase’s own characterization of herself as a surrogate for the Youngkin campaign.

Throughout the 16-minute interview, Chase spun an increasingly bizarre web of conspiracies, lies and other baseless claims about alleged plots to steal elections dating back to 2016. She claimed to be newly aware of Democratic plans to “fix” the 2016 presidential election, cited the repeatedly debunked claim that votes had been illegitimately switched during the 2020 presidential race, and then claimed that Democrats are currently attempting to rig the governor’s race by manipulating voter rolls, conducting “cyberattacks” on voter registration files, and using absentee ballot fraud.

She spoke of a meeting with Arizona state Rep. Mark Finchem, a Republican candidate for secretary of state who has promoted conspiracy theories about Trump’s loss there last year. Chase said he and other unnamed people who were part of recent meetings, including “the guy who stopped the cyberattacks” that were part of the supposed 2016 election plot, “showed me exactly how they’re stealing elections in Virginia.”

But this time, she said, she and other Republicans, including Youngkin’s campaign, know how to thwart the elaborate conspiracy to steal the election that she claims Democrats have cooked up.

“I know how they’re doing it,” Chase said. “They’re moving, in cyberland, they are switching inactive voters to active voters, all in the same week, it’s undetectable. I know what they’re doing, John, and now the Youngkin campaign has all that information and they’re not gonna get by on us this year.”

“Everybody saw thousands of votes being switched where Trump actually lost votes,” Chase continued. “I know how they’re doing it, and now the Youngkin campaign has it, and we’re not going to let that happen. So I’m putting the Democrats on notice.”

Fredericks elaborated on Chase’s theory, falsely accusing Democrats of using voter rolls and records to identify registered voters who were unlikely to cast ballots and then fraudulently filling out absentee ballots and placing them in drop boxes.

“That’s just the tip of the iceberg,” Chase said.

No widespread fraud took place during last year’s election, or any other in recent American history. Chase also failed to provide any evidence for her claim that Democrats are currently “cheating” on multiple fronts. Early voting in Virginia began on Sept. 17, and there have been no substantiated reports of malfeasance or irregularities so far.

“Glenn Youngkin and his top allies have one priority: bringing Donald Trump’s dangerous agenda to Virginia,” Democratic Party of Virginia spokesman Manuel Bonder said in a statement. “Youngkin has made it clear ― he would be more than happy to destroy our democracy if it means getting himself and Trump into power. He belongs nowhere near the governorship.”

Porter, the Youngkin campaign spokesperson, also criticized McAuliffe’s upcoming campaign tour with former Georgia state Rep. Stacey Abrams, who refused to concede her loss in the 2018 gubernatorial race over claims of voter suppression and because her opponent, then-Secretary of State Brian Kemp, had also overseen the race in which he was running. “The McAuliffe-Abrams Election Denier Tour will feature two of the three biggest election conspiracy theorists in the [Democratic] Party ― the only one missing will be McAuliffe’s mentor Hillary Clinton,” Porter said. Both Abrams and McAuliffe have rejected such comparisons.

Youngkin has said he believes President Joe Biden won the election legitimately. But he has also made “election integrity” ― the euphemism Republicans have adopted to continue nodding toward Trump’s conspiracy theories and curtail voting rights ― a centerpiece of his campaign.

Youngkin has said he will create an “election integrity task force” as governor and headlined “election integrity” rallies held during this year’s race. He has also pushed voter ID laws and other policies Republicans have aggressively sought to implement after last year’s election, and has pointedly avoided the chance to refute claims made by voters who have asked him about supposed fraud, or whether Trump could be reinstated as president. (He cannot be.)

The issue has caused headaches for Youngkin throughout the race, complicating his attempts to appeal to both conservative Trump voters and moderates he’d need to score the first statewide win for the Virginia GOP since 2009. Youngkin is slightly trailing McAuliffe, who served as governor from 2014 to 2018, in pre-election polls.

Last week, Youngkin called for audits of Virginia’s voting machines, a practice that is often legitimate but that McAuliffe slammed as an attempt to placate Virginia conservatives who want an Arizona-style “forensic audit” of the state’s 2020 election. Youngkin later said he was only calling for the sort of legitimate audits Virginia already conducts, which McAuliffe has also supported.

Chase, who visited Arizona during its sham “audit” earlier this year and has also called for a similar process in Virginia, expressed gratitude to Youngkin for not writing off “Trump Republicans” like her.

“Glenn really is unifying the party,” she said during the interview. “And I know that there are some Republicans that want to try to cancel the Trump Republicans, and I really appreciate Glenn not doing that. I mean, he’s really trying to bring all of us together.”

Call of Duty: Vanguard Might Be The First Game In A New Trilogy 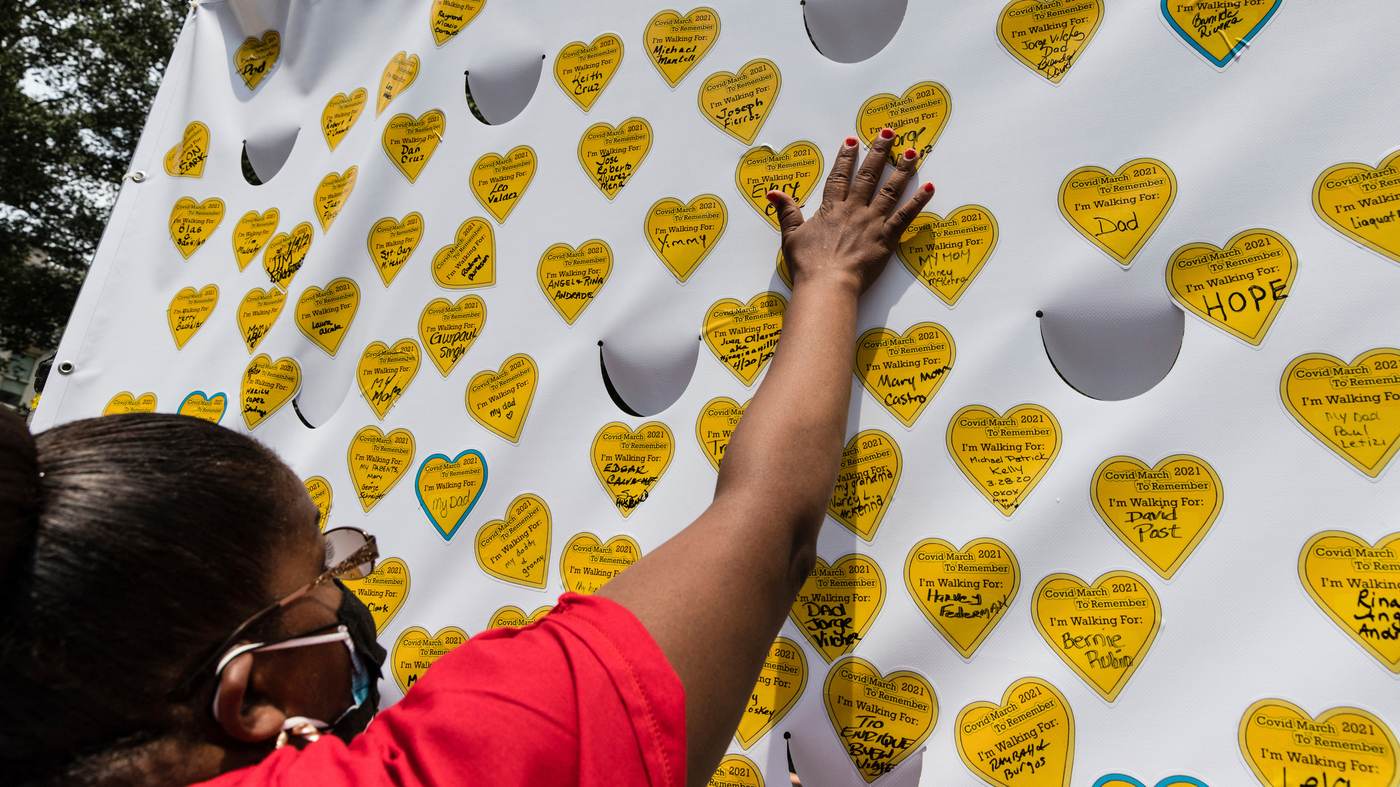